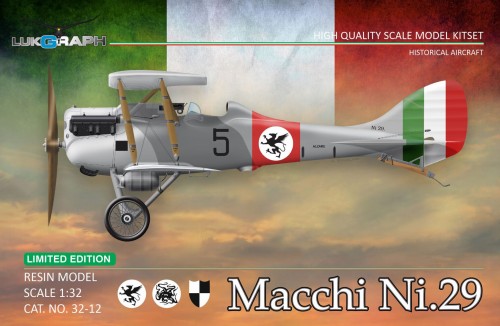 The NiD.29 was an equal-span biplane with ailerons on both upper and lower wings. It had a fixed tailskid landing gear, a nose-mounted engine and a single open cockpit for the pilot. The prototype NiD 29 was evaluated by the French Air Force in July 1918 and a pre-production batch was ordered on 21 August 1918. It was powered by a Hispano-Suiza engine. The Italian Regia Aeronautica bought 175 aircraft including 95 built by Macchi as the Macchi-Nieuport 29 and 80 built by Caproni. Sweden bought nine aircraft and designated them J 2. The Japanese company Kajmakana bought a pattern aircraft and built 608 for the Imperial Japanese Army as the Ko-4.