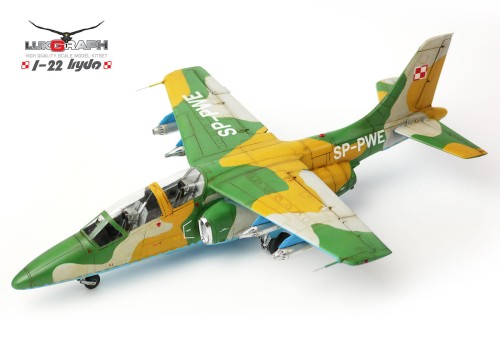 Works on the I-22 Iryda aircraft began in 1976. By design, it was to be the successor of the TS-11 Iskra school aircraft. In 1980 the project was approved, and in 1982 the construction of prototypes began in Mielec. Experimental pilot Ludwik Natkaniec made the first flight on I-22 Iryda on March 3, 1985. The first plane crash occurred on January 30, 1987 during flutter tests. On December 22, the M93K versions with K-15 engines flew (previously they flew with SO-3 engines). In 1997, the M96 version was created with a converted wing (Fowler flaps were added) and an elevated vertical ballast. On October 24, 1992, an agreement was signed on the transfer of the first aircraft of this type to the army. There were a total of 19 Iryda aircraft on the production line. Unfortunately, not all of them went to flight training. Some of them never rose into the air. India was interested in buying the I-22 Iryda aircraft, but the contract was never signed. Finally, the I-22 Iryda program was deleted and the aircraft was out of service.