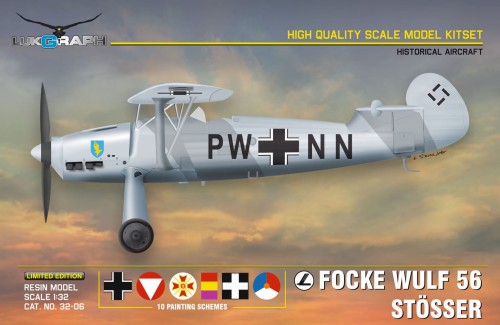 The Focke Wulf Fw 56 Stösser (German: goshawk) was a single-engine, high-wing monoplane advanced trainer, built in the 1930s in Germany. The first prototype flew for the first time in November 1933. About 1,000 aircraft were built, mostly used by Germany, though numbers were used by Austria, Hungary, Bulgaria, Spain, Romania, Netherland and other.