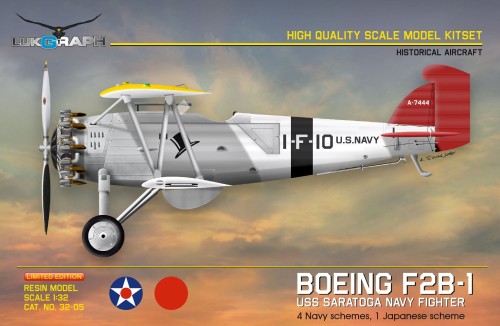 BOEING F2B-1
The Navy acquired the prototype as XF2B-1, which was capable of reaching speeds of 154 mph (248 km/h), and was sufficiently impressed to order 32 F2B-1s. Delivery began on January 20, 1928, with some assigned to fighter squadron VF-1B and others to bomber squadron VF-2B, both operating from the carrier Saratoga. Boeing built two more, as Model 69Bs, exporting one to Brazil and the other to Japan.